Biggest Mistakes Victims Make After Getting into an Auto Accident 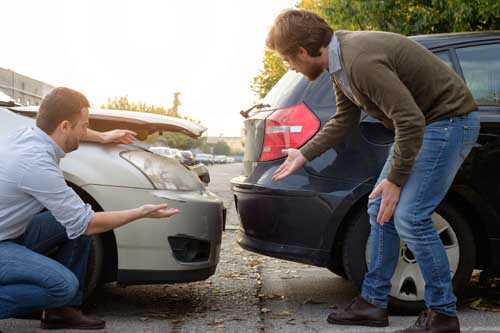 When an accident happens, The Law Offices of Gerald L. Marcus will be standing by prepared to help. First, however, we’d like to highlight some of the biggest mistakes that people make when getting into an accident with someone else. You have to know how to avoid these mistakes so that you increase your chances of getting the compensation that you deserve.

Without a lawyer present, you should never give a statement to the opposing party’s insurance adjuster because they could take something that you said out of context and use it against you in the court of law. In fact, they probably hope for this. Remember: These people are not your friends, and even if you say something innocently enough, they could use it as evidence that you don’t deserve the amount of compensation that you say.

You can still give a statement, but we implore you to have a lawyer present when giving a statement because a Los Angeles personal injury attorney will defend your rights. In many cases, the opposite insurance company will do its best to get out of paying you what’s fair compensation.

Admitting Fault at the Scene of the Accident

You may have the belief that you were in the wrong. We never recommend that you admit to being at fault for the accident even if you were. Let law enforcement investigate it to find out who was truly at fault. Sometimes the heat of the moment clouds your judgment, and you may not have even realized that it was the other party who was at fault. However, if you admit that you think you were wrong to the responding police officer and the other driver, you may have many problems trying to undo the damages. The opposite insurance company will run with this to the fullest.

Before you decide to vent your frustrations about a car accident on social media, you should give it careful consideration. Sharing the details of one’s life has become common on these platforms. As a result, it has also become a platform for people to vent their frustrations. You may want to think twice about doing this, however. Some things should never get discussed on social media for the simple fact that anyone could see it.

Insurance companies will exploit whatever opportunity they have to get out of paying compensation. The defense attorney could demand access to your social media account, and this would leave you vulnerable as he could gather evidence against you. What you posted publicly on social media could become a weapon against you.

Not Hiring an Attorney

Sometimes people make the mistake of thinking that they can tread this path alone. The biggest problem with that belief is that the longer you wait to hire an attorney, the opposing party could be mounting an offense against you. You need to take action as soon as possible. In addition, the statute of limitations for a car accident in California is two years for personal injury claims. Having a Los Angeles personal injury attorney will allow you to seek maximum compensation. If you get injured in an accident, you want to have someone there who will help you through the injury. 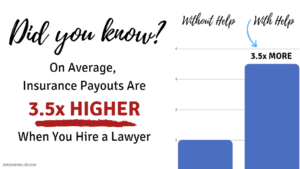 Not Taking Your Own Pictures of the Accident

Perhaps you have chosen to only rely on the police photos. The problem with this is that those pictures will often be limited, and they could even paint the accident in an unfavorable light for you. Taking your own photos will also give your lawyer evidence so that he has greater flexibility for your case. Take as many pictures of the accident as what you believe you will need.

Not Seeing a Medical Professional to Assess the Damage

People sometimes fail to see a medical professional after an accident, and this can turn into a huge mistake. Delaying this can have a negative impact on your case because the other insurance company will try to attribute the cause of your injuries to something else. Because you failed to go in right away, you will have a much harder time proving it.

Failure to Ask for the Other Party’s Information

In the aftermath of a car accident, many emotions can arise, and in some cases, a driver may become hostile and refuse to give information. Even if they refuse to share it, don’t panic. You can and should report the car accident to the police. This will have the police at the scene so that you can document it. They will write up information that contains the information from both drivers. Then the lawyer can simply use the police report. The other driver cannot refuse certain information if the police request it.

These are some of the things to keep in mind after a car accident. You want to increase your chances of getting deserved compensation, which means that you don’t do or say anything that will incriminate yourself. You should speak with a lawyer as soon as possible because this will allow you to discuss the options that you have available. Here at The Law Offices of Gerald L. Marcus, we are standing by prepared to help.

LET US MAXIMIZE YOUR COMPENSATION