FROM THE DESK OF GERALD L. MARCUS (UPDATE ON TRAFFIC COLLISION REPORTS)

In our last edition, Spring 2020, we covered a lot of information concerning COVID19. What it was; how it had impacted our lives; how to protect yourself; and what the insurance industry was doing to refund proportionate premiums for liability insurance, temporarily, based on “Stay at Home” orders and the impact of substantially less traffic on the roads, and people shopping in stores.

This edition will focus primarily on where the general liability and personal injury industry is relative to Pre-Covid19 times VS Post-Covid19 times, and specifically traffic collision reports aka police photos.

It is clear that traffic on the roads is back to normal. Rush hour traffic in the morning and late afternoon-early evening has returned to Pre-Covid 19 times. As such, we urge you to drive safely and carefully. Don’t be in a hurry. As my grandmother used to say, “It’s better to be 5 minutes late than “not at all”. So be patient. Be courteous. Take your time and drive safely. Accidents resulting in serious injuries and death, almost always have excessive speed as a causative factor. So slow down.

One of the most interesting and unique developments since Pre-Covid19 times to Post-Covid19 back to normal, is the ability to simply file a Traffic Collision Report aka a Police Report.

Traditionally, if you were involved in a car accident, and if you called the Police, a traffic collision Officer would arrive within minutes and proceed with his/her investigation and reporting on the accident. A Police Report often makes the difference in a disputed liability accident-injury case, and one that is accepted by the “At Fault” party’s insurer.

Essentially, if you were involved in an accident, and if there was a dispute or question at the scene between the parties, as to what or how it happened and who was probably at fault, the obvious easiest and recommended solution was to simply call the Police.

The trained traffic accident police officer may then separate the parties; interview them, investigate the accident, and determine what happened, how it probably happened and who was probably at fault. This further avoids arguing at the scene or even worse.

BUT NOT ANYMORE! In January of 2021, the LAPD in coordination with many other Police Agencies, issued a New Policy by the Department of Traffic Coordination-Transit Services Bureau – to all LAPD personnel, which changed everything.

The New Policy has revised and expanded the existing Community Online Reporting Service (CORS). This policy permitted accident-injury victims to report their accident online to the LAPD. The problem with this efficiency was that it lent itself to a one-sided; often inaccurate information by the reporter, and there was no follow up by the LAPD at the scene, at all.

The CORS program has now been expanded to collisions involving minor damage complaints of pain, other visible minor injury and even hit & run misdemeanors This is horrible for the public.

The whole purpose for calling the LAPD or other agencies to the scene of the accident, often is to have a neutral trained peace officer assist in the informal exchange of information; including, addresses/telephone numbers/ and liability insurance information with the policy number.

To diffuse the situation and prevent a hostile environment. To assess the injuries and to determine if first aid is needed and to call for Paramedics and to canvas the scene for independent witnesses and to obtain statements of the parties and witnesses. Sometimes measurements are taken which may become critical in determining liability at a later time. 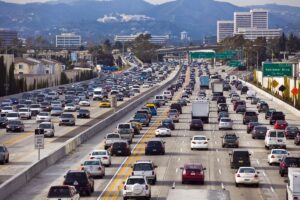 Skid marks and debris from the accident are documented; calling tow trucks and ultimately documenting everything obtained via the traffic collision scene investigation in order to determine the primary collision factor and apply a California Vehicle Code Violation section, and then to provide his/her opinion and conclusion regarding how the accident happened and who is probably at fault. As, if not more importantly, it is to assess whether the parties and passengers were injured, to any degree, and to document it, and call for medical assistance.

The New Policy states that traffic accident scene investigations and reports are reserved only for fatalities; serious injuries; damage to public property, and crimes. The reality is that 98% of all traffic accidents DO NOT involve a fatality. And who is to determine whether somebody’s injury is serious vs. minor at the scene. While this is clearly a cut back in resources, it clearly, unfortunately, deprives us of services and benefits we pay for.

We need the police to be at the scene, most of the time, just to sort things out. To assess and assist. Even what might appear like a “minor accident” might involve hidden damages and residual injuries. By not having an accurate report of everything at the scene by a neutral person of authority, e.g. the police; unfortunately the insurance industry will take advantage of this. They will capitalize and argue that the accident was so minor the police did not report it. They will argue that you must not have been injured, if the police did not come out.

It is also important to note that many accidents happen due to dangerous intersections for roadways, or malfunctioning traffic light systems or in an area where there has been a propensity for accidents to happen.

Many of the accidents might go unreported, and therefore, the City or County will not be placed on notice about these conditions and potential needs for changes or repairs. The purpose of the police reporting on these types of accidents is simply to correct or repair a problem and prevent further accidents from happening, public safety.

For reference, in 2019, the LAPD reported on approximately 55,000 traffic accidents. Since the pandemic that number has been cut in half. Now if an accident happens, you have to hope that you and the other party or parties, if the accident involved multiple vehicles, are cooperative, amicable, and know all of the questions to ask each other.

How in the world would the average person who simply feels “shaken up” know whether they are suffering from a concussion , or a mild traumatic brain injury, or feels a twinge of pain at the scene from his/her neck shooting up the back of their head or down one of the arms; or from the low back down to the legs, know whether he/she is suffering from a herniated disc.

They would not!! And these injuries would be dismissed, and at a later date the insurance and defense industry will capitalize on that! They will argue that the accident must have been “minor” with no injuries because the police did not take a report.

You don’t have to suffer fractures; or be laying on the street bleeding, or be knocked unconscious to suffer a serious injury. What about senior citizens or people with disabilities, who simply might not be able to express or articulate their injury, or their pain. They will be deprived the right of a police report, possibly medical emergency care, and ultimately be at a complete disadvantage if they developed injuries and presented a claim against the insurance company.

The bottom line is that Police Reports are not perfect. The Police Officer is not a percipient witness, and often they are simply inaccurate. However, not having a Traffic Collision Report is far worse and far more potentially detrimental to your personal injury case, than the potential short comings or flaws in a report.

While I have preached to my clients, family, friends, and prospective clients, all of the things to do after an accident, to preserve the evidence, people, just don’t do it. And, it’s not their fault. You are in shock, or just shaken up. You are scared. You are afraid. You are embarrassed. You are unfamiliar. You just want to get out of there!

So knowing the new policy in not reporting on an accident, by the police, please if you are unlucky or unfortunate enough to be involved in an traffic accident, no matter how seemingly minor or major, please call 911. Call for the Police to come. Insist on making a report at the scene. Don’t be in a hurry. 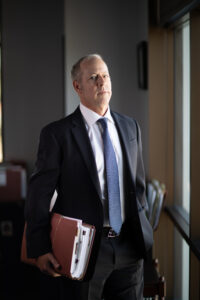 CALL THE POLICE AND PLEASE DOWNLOAD OUR ACCIDENT APP. AT THE APPLE STORE. UNDER “GERALD MARCUS INJURY HELP APP” FOR FREE.

For information on what information should you need to obtain when involved in a car accident, please download my Accident App.